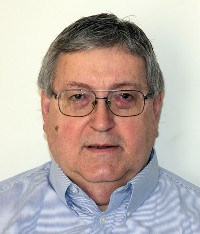 OK, I’ll admit it. I’ve been messing with computers for a really long time.

My first computer was a Timex. Yes, you hear that right. Timex marketed a computer in the early 80s, as did many other manufacturers. It came with 2K of memory and sold for $99.95. Another $100 got you a cartridge that increased the memory to 16K. That is 16K, not 16 Meg or 16 Gig like a lot of today’s computers! It plugged into your TV and had a built in BASIC programming language. Games came on cassette tapes and took about 20 minutes to load. But I did teach myself BASIC on that little Timex.

I later graduated to a Commodore 64, a terrific machine for it’s time and later an Amiga, which was probably a decade ahead of its time. Never did understand how Commodore managed to screw up and go out of business with top notch machines way ahead of the competition.

First PC was an Emerson 286 IBM clone. Kind of felt like a step back from the Amiga graphics-wise but it at least had a real hard drive. After that came a series of Windows machines. Never did get involved with Apple, mostly because my budget wouldn’t allow it.

Somewhere in the 90s I discovered Linux, starting with a distribution called Slackware, which is still maintained to this day. My interest in Linux continues to this day.

Also in the 90s I starting building computers, first for just myself and later for others. The good side was I could build a quality computer for someone and still sell it for quite a bit less than a manufactured machine. I enjoyed doing it and my customers saved a lot of money. It was a win-win.

The difficult part back then was there were a lot of bad components out there. Processors were reliable but everything else was questionable. About 10% of motherboards were bad it seemed and there were lots of bad memory chips and power supplies. But I soon learned what combinations were good and it worked out well.

All this time my “real” career was progressing, from a programmer to a supervisor to a manager with dozens of employees. Time became short so my computer building slowed down, but never stopped.

Today I am retired from the “real” job of managing programmers but I still build computers, write programs, build websites, and write.

Building, Selling, and Fixing Computers for 25 years.  We specialize in assisting new computer businesses with training and coaching.

We build new and used custom computers the way you want them.  Used computers can be a bargain and we usually have a good selection.

Lots of experience fixing computers and more importantly we can provide the advice of what makes sense for you!

Many people would like to start their own computer business but would like a little help or advice.  Or even if you would simply like to learn how to build a computer for yourself.  We can help and our fees are reasonable.

How can we help?