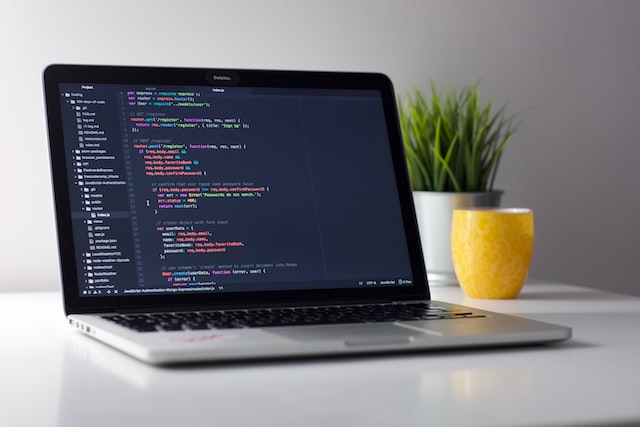 It is interesting how much discussion and variation there is in deciding what computer languages are most popular.  You can consider the languages most used, the best to learn now, fastest, easiest to learn, etc….

For this article we’ll look at the languages from two directions, the TIOBE Index, and the most In demand.  More importantly we’ll talk a little about each language.

This well respected index is updated monthly.  The website shows the top 20 programming languages.  Below is a recent ranking.  Some of these surprised me.

Python is a script based language written in C.  It is used to build software and websites, automate tasks and more recently, data analysis.  It is very popular and not too difficult to learn the basics.

C was created in the 1970s and is still widely used.  In fact several other programming languages are written in C.  I’ve always considered C difficult for new programmers, partially as a result of the reliance on pointers.  One good point might be that once you learn C you can learn any other language.

Java is a programming language released by Sun in 1995.  It is heavily used by banks and financial institutions.  My personal feeling is that it is slowly being surpassed by Python and Javascript, but it is still widely used.

C++ was written as an extension of the C programming language.  It is very fast and heavily used in game development.  I personally think it is more difficult to learn, but some of the difficult parts are what make it fast and powerful.

C# (pronounced ‘C sharp’) is a high level language pushed by Microsoft to run in .NET.  C# programmers are usually in high demand.

This one surprised me.  Visual Basic is from Microsoft and was very popular at one time.  It was often the first programming language taught in schools.  I see it being used less and less, which is why the ranking surprised me.

Javascript is used by many of the world’s websites.  It provides much of the dynamic content seen on websites.  I see it being used everywhere.

Assembly is a low level language one step above the machine code used to control hardware in computers.  I consider it difficult to learn as it can take many steps to do basic things.  However for low level control of hardware it may be the language of choice.  I think programmers that program in Assembly to be a “different” breed of programmer!

SQL (Structured Query Language) is used to communicate with databases.  Most programmers want to know at least the basics of SQL  Luckily the basics are easy to learn.

PHP stands for “Hypertext Preprocessor”.  It seems to be declining in popularity, but is still used by up to 80% of websites.  One reason for this is its use in WordPress, a framework used by many of the world’s websites.

Currently the languages below are supposed to be those most in demand.

HTML (Hypertext Markup Language) is what makes browsers and the Internet possible.  It is not too difficult to learn the basics and every programmer should know the basics.

CSS stands for Cascading Style Sheets.  It is used to style HTML web pages.  If HTML provides the content and structure of a website, then CSS provides the look and feel.  Most programmers should know at least some CSS if they want to program for the Web.

NOSQL stands for nonSQL and it provides new approaches to communicate with databases.  It is fairly new.  One popular application is the Mongo database.

Rust uses a syntax similar to C++.  It was originally developed by Mozilla and is known for improved memory management.

Perl is a high level programming language that has been around for many years.  It is similar to Shell script programming, and is used by many system administrators.

Go (also known as Golang) is fairly new.  It was developed by Google.  I personally know of at least one major banking software system that is being written in Go.

So there you have it.  I guess if you want to start a lively discussion among programmers, get them arguing about what language is best!  For my two cents if I had to pick as a new programmer I would go with Python or Javascript.  Then I would add some basic knowledge of HTML, CSS, and SQL.

Photo by Clément Hélardot on Unsplash