My Accidental Road To Programming 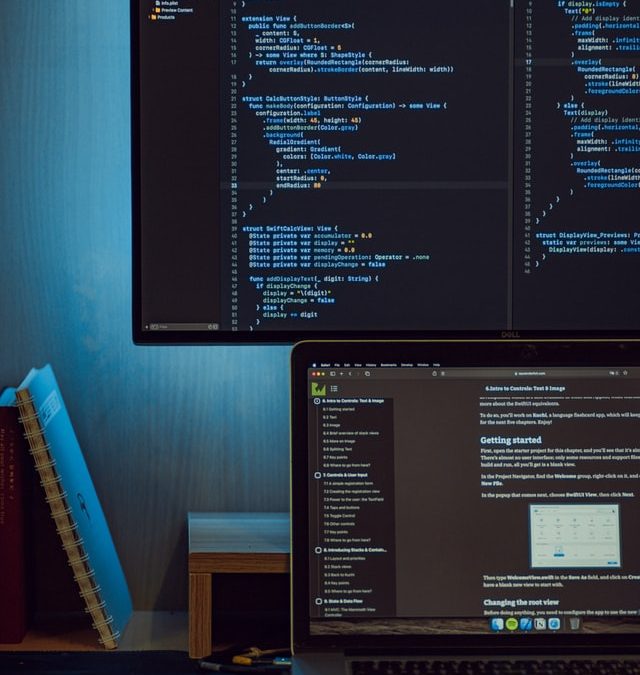 Looking back at life it is easy to see how I became interested in programming. It seems so logical now. But at the time it just seemed like a series of random events. I’m sure when others look at their own lives the feelings are similar for many.

Growing up mostly in the 60s I was always interested in science, any science. The space race was in full swing and science fairs were still a big thing. Computers weren’t yet really a thing at the personal level. I do remember messing around with logic circuits using knife switches that I bought at a household auction. Remember AND and OR gates? (I don’t either!)

I guess the earliest computer I remember seeing was some plastic contraption sold by Edmund Scientific. Edmund Scientific was a great place that sold all kinds of surplus and new science related stuff. (It deserves its own article.) I couldn’t afford the computer, but a friend did and we messed around with its very limited capabilities.

The first real computer I touched was an IBM 1130 minicomputer that my high school acquired. They had their first computer class in my Junior and Senior years. A few of us learned some basic programming using an old language called APL, and later Fortran.

I started but never finished college as an engineering student. Blame immaturity and a family tragedy. I did however get to do a little more Fortran programming on the school’s IBM 360 mainframe. You had to code by using a keypunch machine to punch cards that you then fed in a big hopper. Then you waited for an operator to deliver your output. Sometimes you waited two hours and all you got back was “ERROR!”

Needing a job, I ended up working for a finance company. It was supposedly a management training program but mostly consisted of trying to collect money from people given loans that they really couldn’t afford. Eventually I became a branch manager. It was a terrible job but it paid the bills (mostly.) Definitely no programming there and I stayed at that job way too long.

Somewhere along the way personal computers started appearing. I was interested but couldn’t really afford them.

My first computer was a Timex. It was $99 and hooked up to your TV for a monitor. An extra 16K memory module cost another $99, and programs were stored on a regular cassette recorder. It had a little membrane style keyboard and most importantly, built in BASIC. I taught myself how to program in BASIC on that little computer.

Next up was a Commodore 64. It was a huge improvement, with more memory, a full size keyboard, and a much better version of BASIC built in. I spent way too much money that I didn’t have on games for that machine! I did however learn a little more programming.

An Amiga, which was an incredible machine way ahead of its time, and an Emerson IBM clone were next. These were real computers with more memory and peripherals like printers. One drawback however was that the “real” computer languages like C and C++ were only available from expensive proprietary vendors. These were too expensive for “learning at home” individuals.

Back to the Job Front

In the middle of all this I managed to get a job in banking. Those jobs were great compared to the finance company and I became friends with some really gifted managers. I continued taking night classes that I had started a few years before, mostly in management. I probably would have stayed in banking for my entire career if not for the Savings and Loan crisis.

The S & L crisis meant my banking job was in jeopardy and I was off job hunting. I almost ended up working as a financial advisor for American Express. However on a whim I responded to an ad for a small banking software company looking for analysts with banking experience.

The little company was called Sanchez Computer Associates. My position was called Application Specialist which was kind of a jack of all trades job. I spent my days writing functional overviews, training clients on software that I was still learning, and assorted other tasks, but no actual programming. At least I was working around computers and software. And I still did my programming as a “hobby.”

The little banking software company was growing very fast. They lived on big contracts and then had to scramble to find programmers to do the work. Consequently one day the programming VP came to me and said “I hear you like to program as a hobby?” I said “yes” and he replied “Congratulations, you’re now a programmer!” And that’s how I became a programmer.

With my banking management background I soon became a Lead, and eventually a manager of about 50 programmers. Management duties didn’t allow much time for hand on programming in my job, but I still fooled around with code at night on my own.

Little Sanchez was eventually bought out by a huge impersonal corporation. Things changed a lot. Big corporations meant constant cost cutting, layoffs, and offshoring.. Luckily most of the programmers from my earlier teams stayed with me and they made the big corporate life bearable.

And I Still Program and Will Never Stop

I retired from the “big” company but still love programming. There are so many opportunities to learn and explore. I still enjoy web programming along with my writing. Recently I’ve been spending a lot of time with Python. It is incredibly powerful and there are all kinds of resources available on the Internet.

What Would I Do Differently?

We can always look back and see things we wish we had done differently. But life doesn’t work like that. We do the best we can with the circumstances as they are at the time we are living them. So yes, I wish I got into programming earlier and did things a little differently, but as they say “that’s life!”

Photo by Pakata Goh on Unsplash