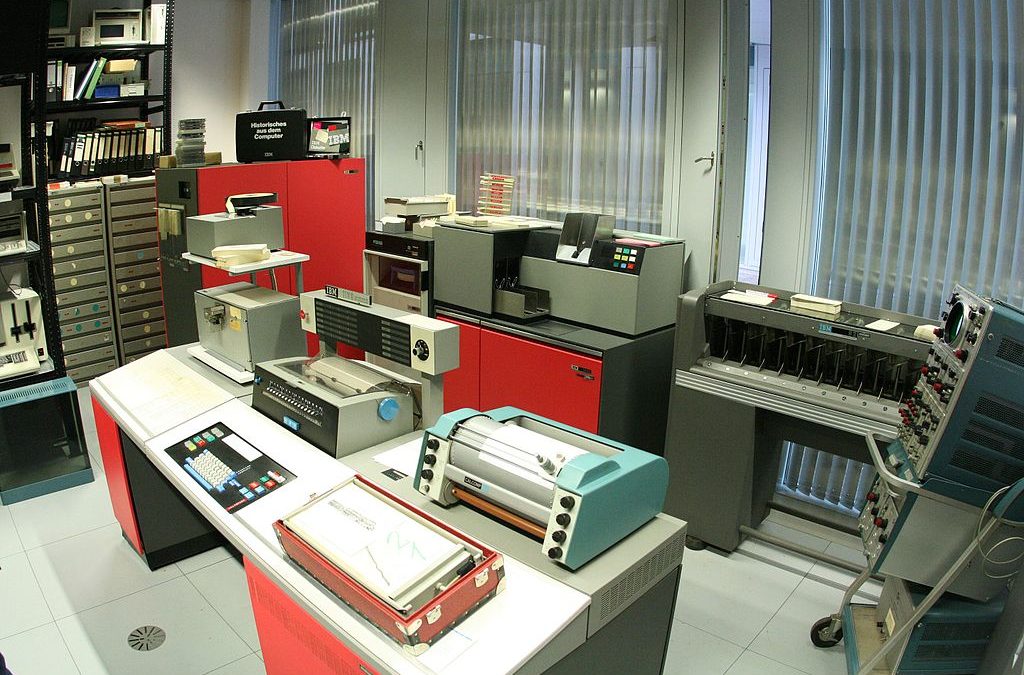 Ok, I’m going to show my age here but it is fun to go through the history of computers I have used.  When I first started this post I thought I would begin with the Timex computer in the 1980s but upon reflection I realized my computer days started way before in the early 1970s.  So here we go:

My high school purchased an 1130 sometime in my Junior year.  A few of us signed up for a computer class.  We had a blast!  The teacher had to learn as we learned and being teenagers with lots of time on our hands we soon were teaching the teacher.  I remember there was no screen, just a sort of electric typewriter where we input our code and let it run with results typed back to us.  It had a true “hard disk!”  It was huge and looking it up now I realize it was 15 Inches in diameter and 1 3/8 inch thick.  I remember our favorite program was an artillery game where all you could adjust was the elevation.

The IBM 1130 was popular with schools because of its relatively low cost of about $40,000. Multiple early programming languages were available including APL, BASIC, COBOL, FORTH, PL/1, RPG, and eventually Fortran.  As high school students we started out with APL, but eventually our teacher read somewhere that BASIC was getting more popular, so we switched over to that.  Hard to believe that decades later BASIC is still used, although it is not a common as it once was.

I college they were still teaching us how to use a slide rule! However, we eventually got use of an IBM mainframe which occupied the entire basement of a huge multi-story building.  We wrote our programs keypunched on huge stacks of punch cards.  When it came time to run our Fortran program we fed the cards through a hopper and then waited our turn for the program to run.  If it worked a printout was returned in the form of a green bar paper printout.  Sometimes it took hours to wait for one program to get its turn to run and if you had an error the process had to start all over.

The mainframe we used was an IBM System 360.  This came out in the mid 60s and was sold until the late 70s.  Customers liked it because they could start small and keep upgrading.  Large installations had 1024KB of memory (that is 1024K, not Megs or Gigs!

Sometime after college I took some nighttime computer classes at a local community college.  These were delivered on a Radio Shack TRS-80 personal computer.  In researching it looks like this was a Model 3, which were a big unit with the screen, computer, and floppy drives built into one big plastic unit.  I remembered we used a version of BASIC.  These computers were affectionately nicknamed “Trash 80s.”  This was unfair because they were good machines.

The course was OK but since we could only practice while in class it was slow going.  Around this same time I purchased my first home computer, a Timex.  Yes, I said Timex!

But my experience with Timex will be continued in part two.