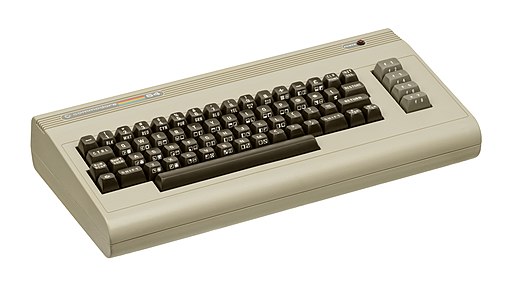 In part one I ended by mentioned the first computer I owned was a Timex.  That might not be entirely true if you count hand calculators.  My first calculator was a simple device with just addition, subtraction, multiplication and division.  I was starting college and my Dad got me the calculator for $139.95 (a bargain then) and a slide rule.  (Do young people even know what a slide rule is?)  By my sophomore year I graduated to a HP scientific calculator.  It was $399.99 and my dear old Dad had to foot the bill.  The calculator lasted longer than my first college career.

Fast forward to the early Eighties.  I was fascinated by computers, but they were far too expensive for my banking salary.  Enter the Timex.  The Timex was a joint venture between Timex and Sinclair Research, a pioneering British electronics company.  It was launched in 1982 with a $99.95 price tag.

I added a 16K Ram pack for another $99.95.  That is 16K, not 16 Meg or 16 Gig!  Programs were stored on a regular cassette recorder, and the computer attached to your TV as a monitor.  The computer had a small membrane keyboard and a version of BASIC built in.

Software could be purchased separately on cassettes.  They were expensive and took 20 minutes or so to load!  But that built in BASIC did allow me my first taste of programming and I was hooked.

My next computer was a Commodore 64.  That one cost $595 and I bought it at Toys R Us.  The 64 was an amazing machine.  It came with 64K of memory, 16 colors and sound.  Boy was I flying then!  Initially programs were sold and stored on cassettes, but eventually I switched to a disk drive.  These were initially in short supply but greatly improved the software loading process.  I really cut my programming teeth on the built in BASIC.  And I also became addicted to computer games.  There were thousands of titles available.  I remember every paycheck springing for one more expensive title.

Being a Commodore fan, I eventually graduated to an Amiga in the late 1980s.  I went with an Amiga 500 due mostly to price.  Amigas were ahead of their time with brilliant color and sound at a time when IBM”s PCs had a grand total of 4 colors. (IBM eventually went to 256 colors.)  The Amiga was a great game and creative machine, with a window and mouse interface well ahead of most everything out at the time.

The Amiga never caught on with business with the exception of video editing.  I remember showing the Amiga’s capabilities to my IBM centric friends and they were amazed.  I was quite upset when Commodore declared Bankruptcy in 1994.

My first IBM clone was an Emerson 286.  I say clone because when IBM came out with their personal PCs they were way too expensive for home users.  The result was a bunch of “clones” at lower prices.  These were more serious machines, with available word processors, spreadsheets, and less expensive dot matrix printers.  I remember the computer came with a version of Pascal on disk.  At the time other computer languages were available but quite expensive, so I messed around with Pascal for a while.

A Packard Bell 486 was next on the list.  Packard Bell was known for giving you a lot for your money with lots of included software.  This was a big deal because software was still quite expensive at the time.  We don’t know how lucky we are now with the Internet and thousands of free software title available with a simple download.

Things changed for me after this.  I began building my own computers and even made a little money building machines for friends and coworkers.

But that’s a different story!